The KJP Foundation is a non-profit organisation created by the sons of the late entrepreneur Kyriacos J. Pittalis and his wife Erato 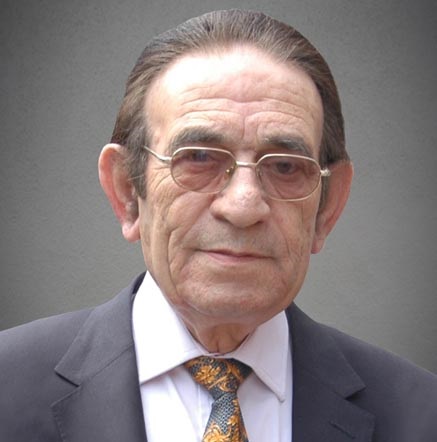 The KJP Foundation is a non-profit organisation created by the sons of the late entrepreneur Kyriacos J. Pittalis and his wife Erato as a means of honouring their memory, their community spirit, and the love they had for their homeland, Cyprus.

The foundation seeks to encourage and assist hard-working students with financial support, allowing them to fulfil their potential and take opportunities that they may have otherwise been unable to take.

Born in the village of Ayios Ioannis (Pitsilias), Cyprus in 1933, Kyriacos John Pittalis always had a vision to succeed and left the island in 1954 in search of a better future with just £25 in his pocket. What he lacked in money, he made up for in sheer determination and this journey was to change the course of his life forever.

Kyriacos sailed from the port of Limassol on the ship ‘Achilleus’, on a voyage to the United Kingdom that stopped in Piraeus, Brindisi and Dieppe along the way. Once he embarked in England, he made his way to London’s Victoria Station to start a new life. Kyriacos settled in North London, and remained there until his passing in 2012.

During his time in the UK, Kyriacos studied to become an accountant and worked in various jobs before opening his own practice in 1958. He later set up other family-run businesses that come under the umbrella of the K. J. Pittalis Group and are still active to this day. The Group consists of various business entities situated in the United Kingdom and the Republic of Cyprus, within the sectors of professional accountancy and solicitors’ practices; property investment holdings; the storage and trading of Liquid Petroleum Gas; shipping; ship management, and banking.

It was during the first years of his success that the self-made businessman met the love of his life, Erato, and the couple married in 1959. Erato was also born in Cyprus in the village of Agros. She became his trusted partner in life, supporting and guiding Kyriacos to success in both family and business matters, with the couple going on to have three sons; John, Marios and Roger who in turn gave them nine grandchildren.

All three sons followed in the footsteps of their father and qualified as professionals with John becoming a chartered accountant and Marios and Roger both becoming solicitors. When Erato passed away in July 2004, Kyriacos established a church in her loving memory in his home village of Ayios Ioannis.

As a man who commanded loyalty and respect and inspired his family and others, Kyriacos held a high standing and reputation within the Cypriot community. One example of this was when Kyriacos and Erato were invited by the Cypriot High Commissioner to a Garden Party at Buckingham Palace in July 1988 - testament to the sterling reputation the couple garnered over the years.

Despite the successes, the couple never forgot their roots or Cyprus. Ever grateful for the impressive career that Kyriacos forged through hard work and ambition, as well as the strong role that family played in their lives, they wanted to assist others from Cyprus who aspire to make a similar journey.

It is this legacy that his sons and their families hold on to; continuing Kyriacos’ hard work through the ongoing success of the family businesses and honouring the desire of the couple to offer opportunities to their compatriots through the Foundation that was created in their honour.

Kyriacos always understood that in order to be successful in life, academic qualifications and hard work were essential. As someone aspiring to be an entrepreneur and self-employed, it is perhaps unsurprising that Kyriacos’ education was the most important part of his life for a number of years in both Nicosia and London.

Due to his upbringing in a small rural village, a normal education was never on the cards so Kyriacos bettered himself by creating his own opportunities. Whilst in Cyprus, the hard-working student completed high school; took evening and summer classes; obtained a bookkeeping certificate and prepared himself for the UK by taking tuition in the English language. He continued to develop academically after his move to the UK, and the accountancy qualifications gained in London laid the groundwork for a career in industries ranging from property and shipping, to professional services.

The Start of a Successful Career

Kyriacos’ work ethic was evident even as a student. He worked full-time during his studies in Cyprus as an Accounts Clerk and Chief Accountant, and it was these early bookkeeping jobs that would convince him of his desire to qualify as an accountant and build his career from here.

After Kyriacos landed in the United Kingdom, he did not find it easy to secure a job and it took months of applications before he was hired at a café washing dishes. His work ethic and tenacity soon saw Kyriacos promoted to manager of another branch within just one month, and he continued to run the café until 1955.

In early 1955 Kyriacos found a job in the accounting department of a large company but left later that year to pursue a job in a firm of Chartered Accountants - upon the advice of his course Examining Body - securing a job with Frank A. Cooper & Co, Accountants and Auditors as an Audit Clerk.

In 1956 Kyriacos moved to the smaller firm Cecil Oakes & Co of Bow, London as a Senior Audit Clerk where he had considerably more freedom with small clients, travelling around the city visiting them. This position was the springboard for Kyriacos to venture alone and set up his accountancy practice K.J.Pittalis & Co in 1958.

Kyriacos remained a partner until very late in his life and John, his eldest son, continues as one of the firm’s senior partners. The practice has grown steadily since it was founded, specialising in acting for owner-managed businesses, providing a variety of accounting and taxation services. It retains a loyal and dedicated workforce that provides professional services to clients and assists their businesses in moving forward.

Once the accountancy practice was on a sound footing and enjoying success, Kyriacos took the decision to diversify into the London property market. Purchases were originally very localised but over the decades have grown to include most parts of London and indeed, the wider UK.

In 1973 Kyriacos, together with Erato’s brother Andreas, founded Intergaz Ltd - a Liquefied Petroleum Gas (LPG) business in Cyprus that imports and distributes LPG on the Island. The company began trading in August 1976 and today the business operations consist of a site by the seafront, just outside Larnaca city, with 12 LPG tanks at a capacity of 1300 metric tons. The Company’s management team also consists of a mainly young and dedicated team with many years of combined experience working for the Company. Together, with the loyalty of Nikos – Kyriacos nephew, and Demos Demou, who was General Manager until his untimely death in August 2013, the business has become established as a major company in Cyprus and the surrounding regions. Kyriacos’ sons continue to maintain and expand the business alongside the Company’s management team.

In 2008 Kyriacos diversified the business further with the purchase of a small stake in the Cyprus Development Bank (CDB).

The K. J. Pittalis Group continues to remain in the family, managed by Kyriacos’ sons: John, Marios and Roger. With various business entities situated in the United Kingdom and the Republic of Cyprus, the Company is active within the sectors of professional accountancy and solicitors’ practices; property investment holdings; the storage and trading of Liquid Petroleum Gas; shipping; ship management, and banking.

Both Kyriacos’ sons and the businesses they run have remained true to the original founding ethos of the late businessman - that of integrity and hard work. Kyriacos would be immensely proud to see this legacy continue further still through his grandchildren, many of whom have completed their fulltime studies and are assisting in the family business as well as pursuing their own successful careers.

A Foundation of Legacy

In loving memory of Kyriacos and Erato, the family wish to continue their community ethos by assisting the next generation of ambitious and hardworking students in Cyprus to achieve a good education. It is the firm belief of the Foundation that education plays a key role in success as it increases the future prospects of tomorrow’s entrepreneurs – many for whom such opportunities would otherwise be out of reach.

Cypriots pride themselves on their work ethic and believe strongly in education, often sacrificing much so that their children can study at a higher level. This often involves offspring continuing their studies abroad, which incurs a great expense. The Foundation will encourage and assist students to complete their studies and to innovate and evolve their ideas to the benefit of themselves, their families and their island.

The Foundation will focus on those disciplines requiring professional and academic qualifications that best align with Kyriacos’s journey and professional values. These fields include (but are not limited to) the following:

Applicants with origins to the villages of Ayios Ioannis (Pitsilias) and Agros – where Kyriacos and Erato were from respectively - will be given preference, along with applicants whose parents have had long-term service in the employment of the Pittalis family.

The KJ Pittalis Foundation will consider application for scholarships from the academic year 2021 -2022, for undergraduate studies abroad. Preference will be given to those candidates wishing to study in the U.K. and who wish to ultimately pursue professional qualifications such as accountancy, law and engineering. However, it is appreciated that the degree course may be in another field.

Have origins from Ayios Ioannis or Agros village in Pitsilia. Those whose parents have a long history working with the family will also be considered.

Have been admitted for undergraduate studies at a university in the U.K. and on a course approved by the Foundation.

Will need to prove that the family’s financial situation is such that it will have difficulties in meeting the cost of studying and living abroad.

Each candidate must submit the following supporting documents:

A certified copy of confirmation letter stating that the candidate has been admitted for undergraduate studies at a University abroad.

Documentation confirming that financial hardship may prevent the prospective student from being able to attend the overseas course. It is expected that this will consist of evidence of the family assets and liabilities and disposable income.

Personal statement to be provided in English setting out the ambitions and expectations of the candidate.

Applicants must submit their application by the yearly deadline, and other supporting documents must be sent by post to the KJP Foundation to the following mailbox:
P.O. Box 40365, 6303 Larnaca, Cyprus.

Candidates who are considered suitable they will be contacted to attend an interview.

For any clarifications or an application form please contact us on +357 24 821666 or via e-mail at info@kjpittalisfoundation.com 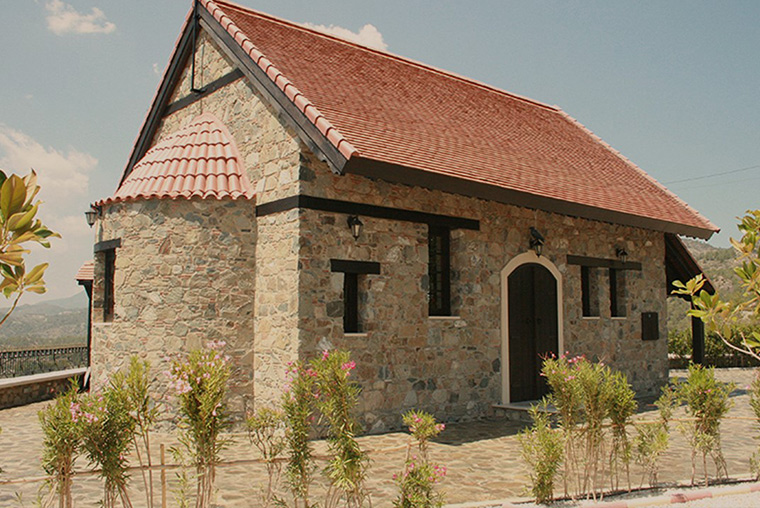 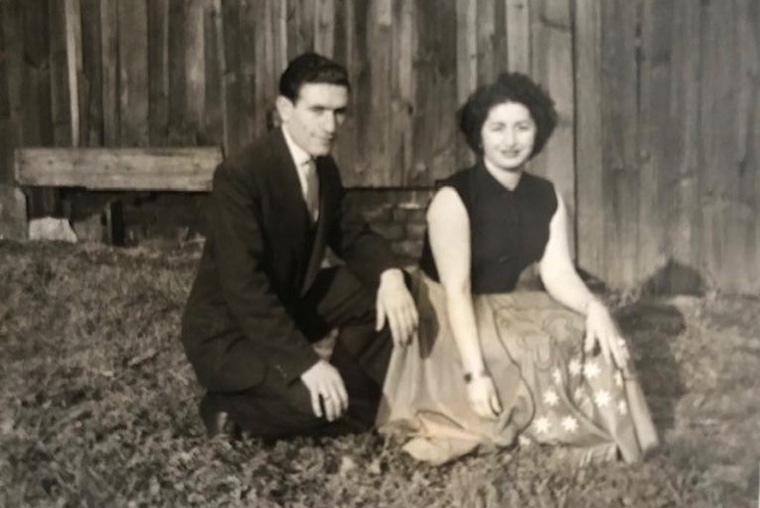 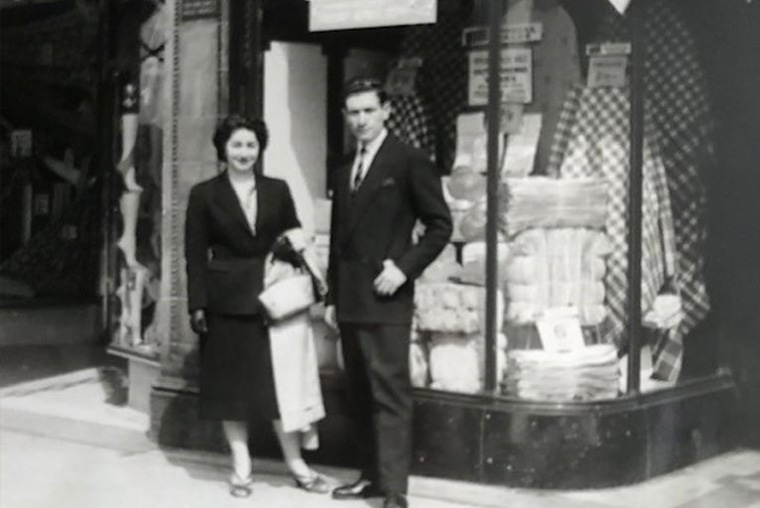 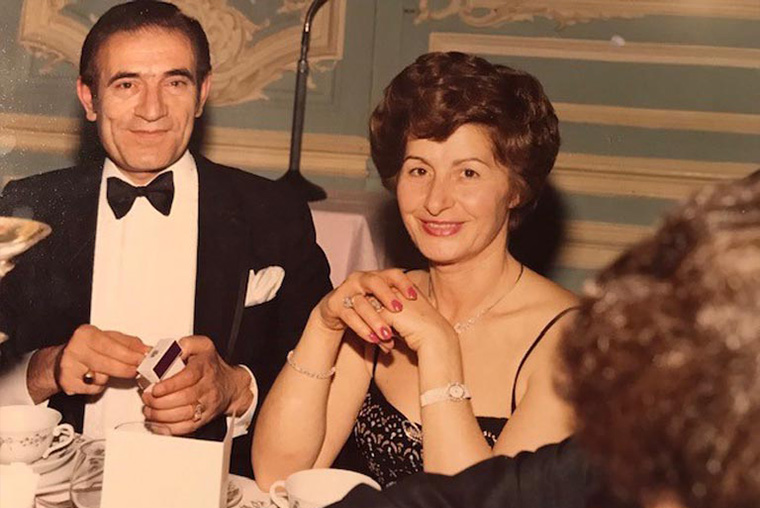 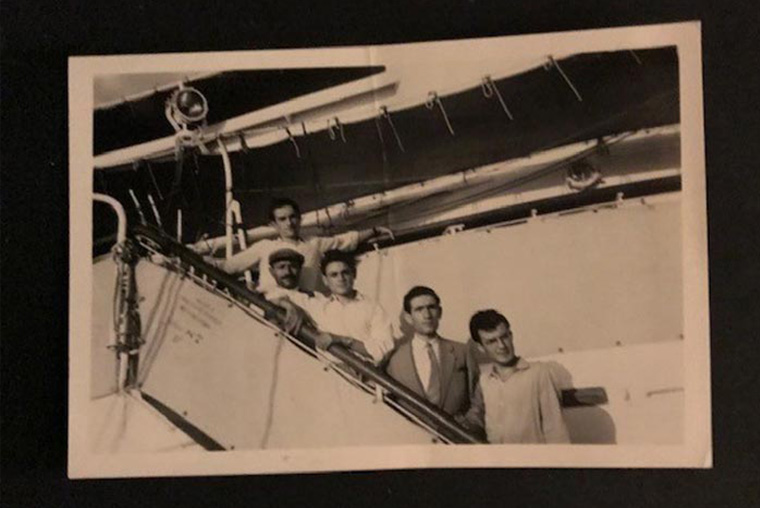 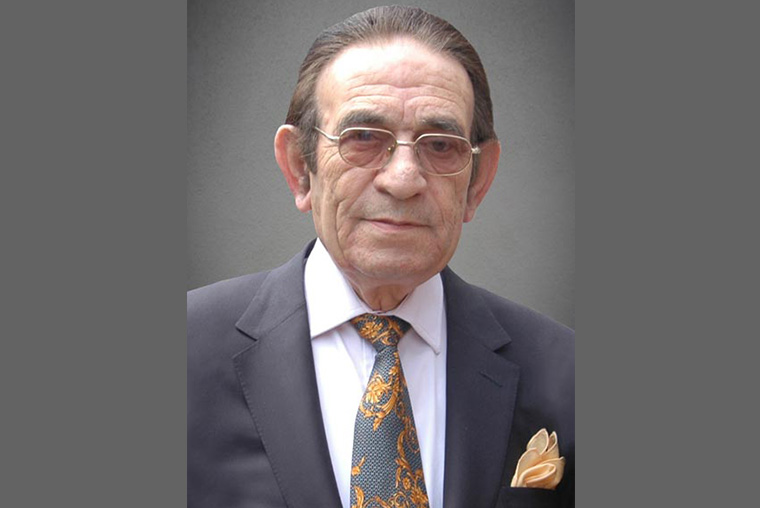 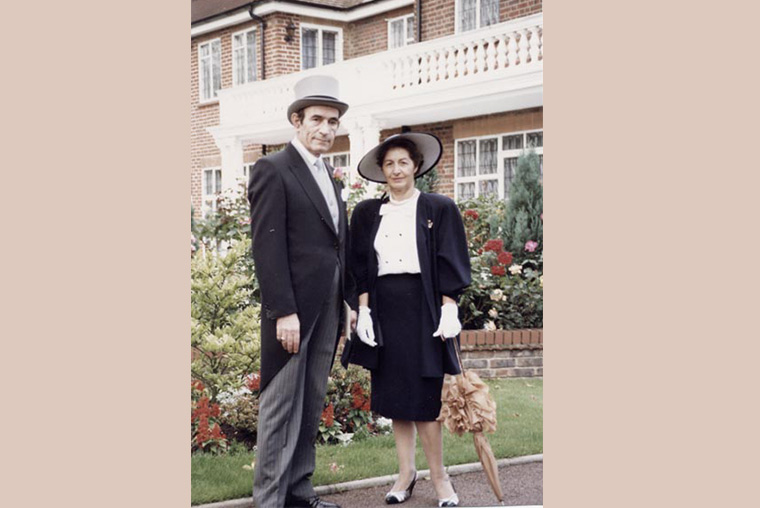 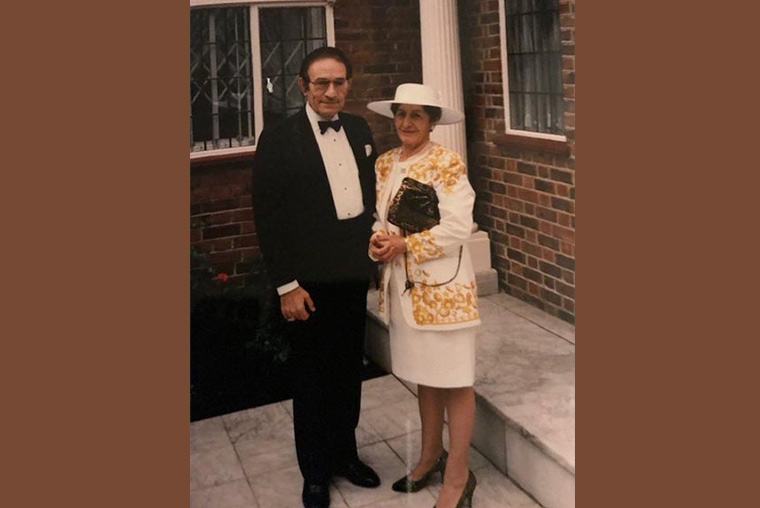 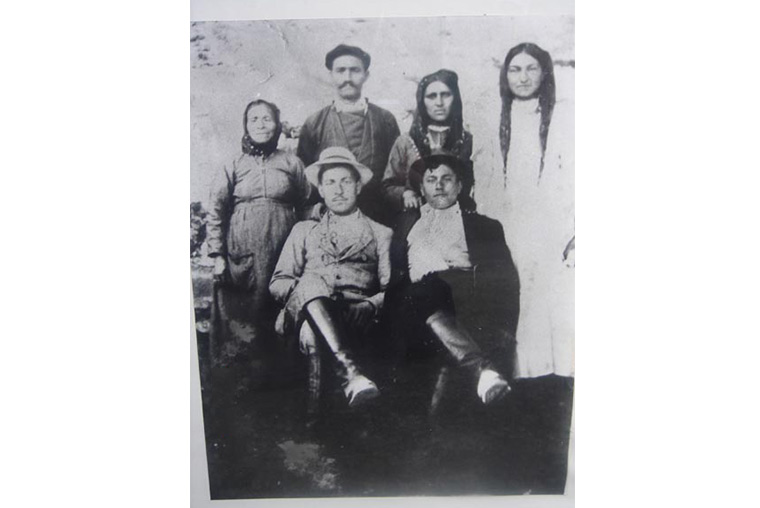 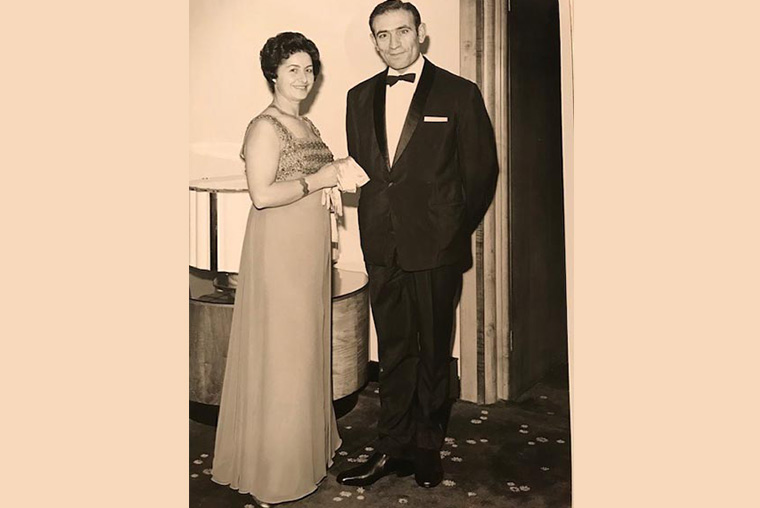